It’s August 21, 2015 and we just dropped off Collin, our youngest at college.

From the moment Kim told me in 1993 that she was pregnant to about 30 minutes ago, our lives have been intensely focused on trying to raise our boys into good human beings and guide them toward independence.

With tears in our eyes, I grabbed Kim and said, “We did good Honey!”

I know that parenting is never completely done and that you move from parenting babies … to toddlers … through the black hole of “the anything-can-happen early teen years” … to young adults and then finally (a few decades later) you become the parent of an adult (which by the way, is a whole new ball game).

Let’s be honest, I don’t know of any parent who wouldn’t say there are times when the parenting journey feels like a grind. Just like getting older, parenting is not for sissies. But, right here, right now, the time does seem to have flown by. My mind can’t seem to find many of the challenges or rough patches, it just settles in on good memories and the intense love for my kids that hit me like a freight train when they were born and has never let up. If you don’t have kids yet, just wait.

As Collin dives into adulthood and the adventure of college, Kim and I move into the next phase of our lives as empty nesters. Will being an empty nester come as natural to me as being a parent? Guess we’ll find out.

Wait, the nest isn’t completely empty. My dog has not left me yet!!!

Seriously though, Collin is where he should be and that makes my heart happy. We left him in good hands and surrounded with close friends which makes it easier I suppose.

I think what’s surprised me the most is the weirdness of the emotions during this time. It’s a complicated mix of deep-down-in-the-gut sadness, relief, excitement, gratefulness and celebration of one of our proudest parenting achievements. Throw all that into a bag and shake it up!

So, in the short term, if you ask me how I’m doing, expect something like “It’s complicated” or “I have no idea”.

I could write a short novel about the experiences of raising and launching our boys. Maybe I will venture into that someday. I really have no idea if I’m prepared for a house without them every day. If I get around to writing about it, I have a feeling it would be similar to some of what Rob Lowe wrote about his relationship with his boys and how his reaction to them moving on surprised him.

I remember the first time I laid eyes on him in the delivery room … I remember what I whispered to him when his eyes opened for the first time in his life as he peered in my face, and (I am convinced) into my soul. “Hello, I’m your daddy. And I will always be there for you.”

One of the great gifts of my life has been having my two boys and, through them, exploring the mysterious, complicated and charged relationship between fathers and sons…and how that bond is so powerful.” (Full Article Here)

But, on a lighter and much more humorous note, let me go down memory lane a bit ok?

The Panty Ho and Other Collinisms

This means I have a list of “Collinisms” — things Collin has said over the years that I didn’t want to forget. Here are several of my favorites:

“I didn’t like the new car. But then I saw the trunk!”

“Dad, I want a rabbit. They’re cheap and I can cuddle with them. If they die, you can just throw them back in the woods.”

Age 12, walking past the Victoria’s Secret at the mall, he glances in and says, “Wow Dad, apparently it’s no longer a secret.”

“Dad, is parenting hard? I’m trying to make it as easy as possible!”

“I have to pee so bad my teeth hurt.”

In his Blues Clues costume for Halloween, he walks outside and declares “Look at the clouds. They’re squishee!” (we have this on video and it’s cuteness will make you knees buckle)

During an age 14 growth spurt: “I just feel like I’m wide awake and super tired all at the same time.”

“Mommy, why did you marry Daddy? Because he knows his alphabet?”

While doing an arts and crafts project for school and after tearing some panty hose apart: “Look Mom! It’s a panty ho!!!”

And today while picking up some final things for him at Target, he gave me the gift of reenacting one of my favorite memories.

He was about 9 or 10 and he wandered off from me at the grocery store. After a few minutes of not being able to find him, I decided to just yell, “COLLIN WHERE ARE YOU???” and I hear his little boy voice yell back from the next row:

“I’M OVER HERE SMELLING THE SHAMPOOS!!!” 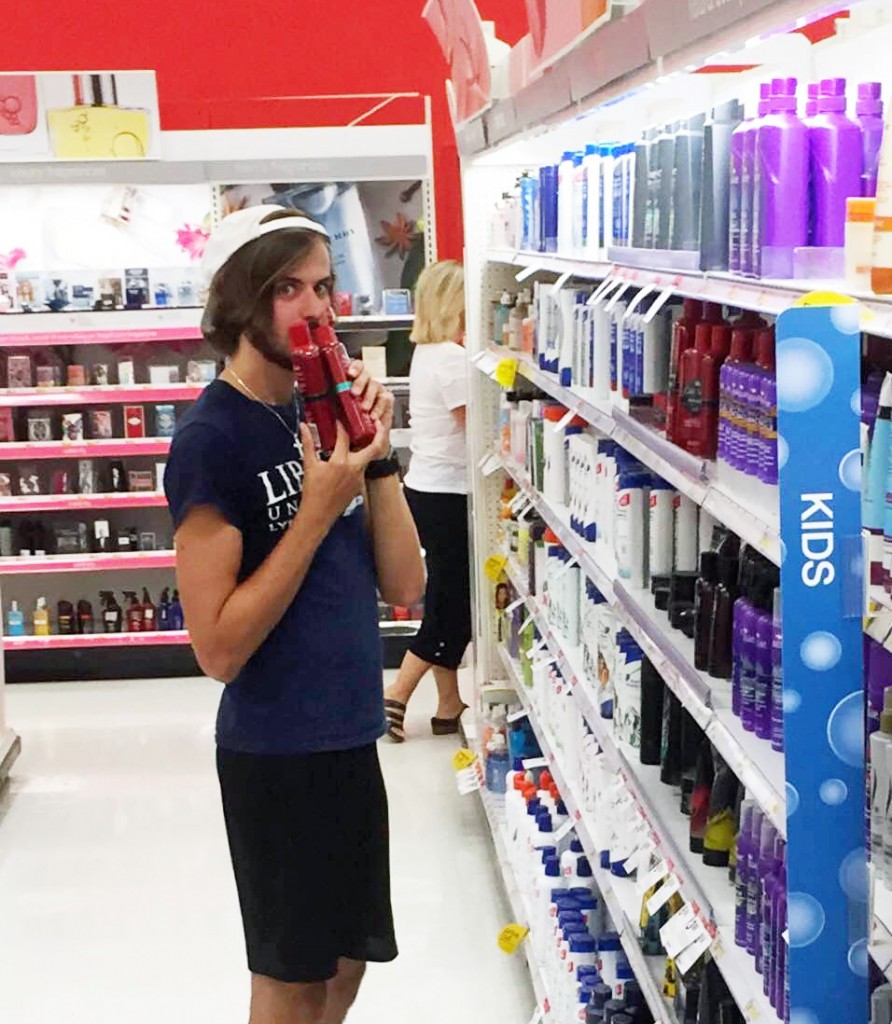 by admin time to read: 3 min 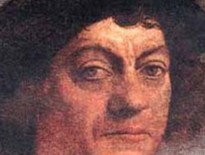 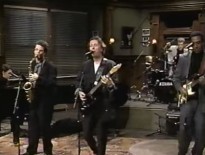